Activists wage a fight for abortion rights on Twitter 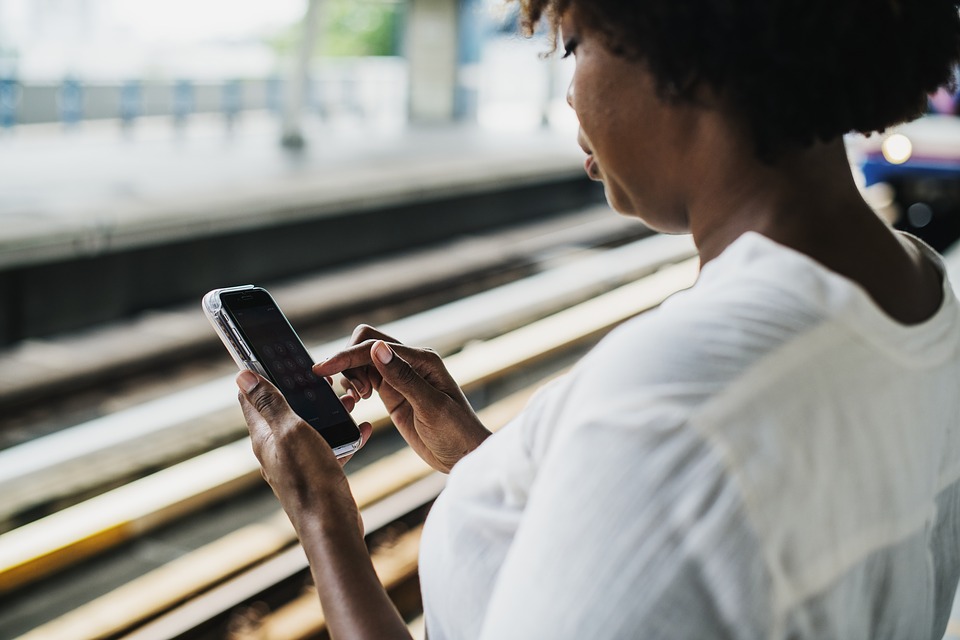 A woman communicates on her smartphone. Photo via MaxPixel / Creative Commons Zero – CC0.

In Namibia, amid the fourth wave of feminist uprisings in the technology age, activists flocked to social media platforms like Twitter to organize an online campaign to legalize abortion.

As part of the campaign, feminist activists launched and disseminated an online petition calling for the legalization of abortion, gaining more than 61,000 signatures as of August 14. With about 2.2 million citizens, this is nearly 3 percent of Namibia’s population.

The campaign drew waves of attacks against feminist activists, primarily from Christian and conservative communities who believe that women should abstain from sex and serve jail time for abortion. But as a result of the petition, parliament has agreed to discuss Nambia’s outdated laws governing abortion.

The petition’s enormous success stems from a long fight, explains Merja Wolf, a feminist and editor-in-chief of the Informanté. “I’m constantly under attack, every day is a fight on Twitter,” said Wolf, who also told Global Voices that feminist activists face online harassment on a daily basis.

Twitter may allow users to block or report perpetrators of online harassment, but these tools are not always sufficient to mitigate harm, and studies have shown that women are more likely to disproportionately suffer from online harassment on Twitter than men.

For Wolf, a personal line was crossed when a troll went after her kids, causing her to want to step away from Twitter. “But trolls and misogynists have to realize one thing,” she continues, “It’s not just me they are facing. If I leave Twitter, there’s still loads of others of us using it. We came in large numbers,” Wolf said.

She decided to stay on Twitter, despite the daily harassment she and other feminists must endure in their fight to legalize abortion in Namibia. However, Wolf recently temporarily deactivated her account for personal reasons unrelated to politics.

Until now, abortion has been regulated under the Abortion and Sterilization Act of South Africa from 1975. It is only legal under the following conditions: When the pregnancy endangers the woman’s life or her physical or mental health; when the child might suffer from disability; when the pregnancy is a result of rape or incest; or when a woman is a person with a disability or a mental health condition that prevents comprehension of what pregnancy entails.

A war of tweets

Christian, conservative communities in Nambia strongly opposed the petition, arguing instead to keep Nambia’s abortion laws firmly in place. Members of these communities launched a petition to reject the legalization of abortion in Namibia, as well.

Netizen Bashupi promoted the petition against legalizing abortion in Namibia:

namibia government : Pro-Life Namibia “Rejecting the Legalisation of Abortion in Namibia” https://t.co/EdGbI5iFGD via @UKChange
Please help save the life of the unborn from evil spirits forcing government to legalize abortion. Sign up and save a life.

The Namibian, Namibia’s biggest daily newspaper, featured several tweets highlighting the anti-abortion movement in Nambia, and their Twitter account reflects some of the more conservative values regarding abortion held by members Namibian society:

‘NO TO ABORTION’ … Pro-lifers today protested in Windhoek’s city centre against calls to legalise abortion in the country. The group chanted “We choose life” as they held up posters stating that abortion “kills children”, and deeming the act “murder”.

In response, Abigail Buitumelo posted the petition to legalize abortion:

Arrest whoever does abortion!!!!

And Yvonne tweeted prayers for those who even bring up the idea of abortion:

Almighty hear our prayers don’t allow this to succeed my Lord,please forgive those whom bring up this ideas to your Nation in Jesus name,NO to Abortion NO#NoToAbortionInNamibia

Netizen “Refuse2sink95″ made an ironic comment about those who want to legalize abortion:

You legalize ABORTION and keep celebrating your BIRTHDAY…

And netizen Alie Epata had an alternative suggestion to abortion:

Stay away from sex to avoid creating an unwanted life. Use contraceptives if you can’t stay away. Don’t create a life just to kill it because you can.

For Wolf, however, the abortion debate is linked to feminism, and feminism means one thing: “Making society more equal and thereby better for both men AND women,” she told Global Voices. Unfortunately, this concept is highly contested in Namibian society where gender-based violence remains one of the most prevalent issues.

We are becoming more and more aware of feminism as a society and our numbers are growing on social media such as Twitter. It has the advantage over Facebook because, when someone retweets my statements, it allows messages to spread a lot faster through different audience groups.

Expressing feminist ideas online is an act of free speech that should be protected within the realm of digital rights, primarily focusing on access to information, privacy and freedom of expression.

But online gender-based harassment and violence create an unsafe environment for women activists and feminists to freely express their ideas, organize and campaign.

In Namibia, there is no law criminalizing cyber violence or harassment.

A published review of Information and Communications Technology (ICT) by the Namibian Media Trust (NMT) states that Namibia does not have “personal data protection policies let alone enacted statutes.”

In the review, NMT advocates for a rights-based approach to internet regulation, relevant to both freedom of expression as well as the right to access information. Principles provided for in the African Internet Rights Declaration by the African Union include gender equality and the protection of marginalized groups or groups at risk, of which Namibia falls short, according to the NMT.

The Internet Society Chapter Namibia launched the Women Rights Online Report 2020 in late July, noting that only 47 percent of Namibian women have access to the internet.

According to the report, there were no national policies put into place to acknowledge ICT regulations as an opportunity to fight against gender inequality.

Further, the report claims 1 gigabyte of data in Namibia costs over 8% of average monthly income and 70 percent of Namibian schools have no access to the internet. This shows that access to information on the internet is still a major problem in Namibia and a challenge in terms of moving feminist activism into the digital sphere.

Making the web a safer space for women in Namibia

Improving access is the first step, but online safety must be guaranteed for women to close the online gender gap, too.

The Women Rights Online Report 2020 gives Namibia a low 2/10 score in terms of online safety for women, justified by the lack of a data protection law which means that both sexualized hate speech, as well as non-consensual image-sharing, can go without legal consequences.

While social media has opened up new possibilities for feminism, especially in the Namibian context, women need to know that local authorities will intervene to protect their safety and security.

Overall, the successful petition for the legalization of abortion has shown the power and impact of online activism.

“If anyone wants to dismiss the power of social media — don’t,” Wolf said.